ثبت سفارش
با لکه بر Didi Seven میتوانید لکه هایی نظیر :خون ,روغن , شکلات , لکه های میوه مثل گوجه فرنگی...
خرید لکه بر دیدی سون الـــترا Didi Seven Ultra
selloTv1 لکه بر دیدی سون الـــترا Didi Seven Ultra, از بین برنده لک Didi 7 Ultra As Seen On TVselloTv1 لکه بر دیدی سون الـــترا Didi Seven Ultra, از بین برنده لک Didi 7 Ultra
DIDI SEVEN (2) لکه بر دیدی سون الـــترا Didi Seven Ultra, از بین برنده لک Didi 7 Ultra
ویژگی های لکه بر دیدی سون :
قابلیت برطرف کردن و از بین بردن لکه هایی نظیر :
خون ,روغن , شکلات , لکه های میوه مثل گوجه فرنگی , قهوه و ……
DIDI SEVEN (1) لکه بر دیدی سون الـــترا Didi Seven Ultra, از بین برنده لک Didi 7 Ultra
چه چیزهایی داخل جعبه لکه بر دیدی سون :
1 عدد لکه بر DIDI SEVEN
توضیحات انگلیسی در سایت WIKIPEDIA :
Didi Seven is a stain remover made famous by its infomercial television marketing campaign. It is owned by the Interwood Direct corporation of Toronto, Ontario, Canada.
Didi Seven Packaging
Didi Seven was developed in 1963 by a German businessman named W Willmann, an inventor working within the chemical industry, in the town of Renningen near Stuttgart, Germany.
Didi Sevens formula was a closely guarded secret and its manufacturing process was such that several of the chemicals were mixed together separate from the rest and then added to the mix at a particular point. W always claimed that this sequence was key to making the product and remains a closely guarded secret today.[citation needed]
Willmann named the product using the nickname of a childhood friend, Edith \\\"DiDi\\\" Koster. The number 7 was chosen because Willmann considered it his lucky number since his July 16, 1925 birthdate added up to seven in various combinations.
The product was sold successfully by Willmann through a network of live demonstrators at consumer shows and retail venues throughout Europe for many years and in 1987, an asociate of Interwood, Tim Devlin, saw a live demonstration in Selfridges in London, and was impressed by how well the product worked. He bought a tube to bring back to Canada.
Shortly thereafter a contract was signed for Interwood to be the exclusive distributor of Didi Seven in North America. The product was actually first sold by Devlin with a version of the German live demonstrations at Canada’s largest consumer show called the Canadian National Exhibition during the late summer of 1987. Valuable experience was learned by Interwood and Devlin. This experience was distilled and incorporated into a 2 minute direct response television (DRTV) commercial that was produced at a local TV station in Barrie, 60 miles north of Toronto.
The product was tested on air in Canada with the 2 minute DRTV commercial in the fall of 1987 and it was a huge success. Shortly thereafter, it was tested by Interwood in the US and was equally successful in that market. Didi Seven was a niche product that was brought to the market at the right time. The massive amount of TV it received resulted in the development of a long term brand not only in North America but also around the world.
The product was rolled out into a national program in both markets on TV and through other channels of distribution including print, live demonstration, catalogs, credit card syndication and retail. In 1988, the product was also launched in the UK on British TV and also throughout Europe on the newly launched cable satellite networks using the same creative and commercial that had been so successful in North America. In 1989, a 28:30 minute infomercial was made and rolled out on TV in both markets. All of this television &#99;reated a tremendous amount of consumer awareness.
Because of the tremendous surge in volume and the need for Interwood to control all aspects of the product including defending against counterfeit goods that appeared in the US, Interwood acquired all of the asets of W Willmann GmbH in the fall of 1989. The manufacturer processes and equipment were moved to Ontario &#119;here a contract manufacturer continues to make the product. In 1991, CNN launched feeds through the Middle East, Latin America and Asia and asked Interwood to be an advertiser. Distribution was set up all of these countries and by the mid 1992, Didi Seven was being sold in 100+ markets around the world.
In total, over 20,000,000 tubes have been sold and Didi Seven has become one of the first successful global trademarks.[citation needed] In the March 2000 edition of US Consumer Reports, Didi Seven was cited as being \\\"effective and very versatile\\\" and \\\"the best single product, although pricey.\\\" In February 2003, it was ed for The Best Products on The Oprah Winfrey Show.
Throughout the 1990s Interwood retained Dr. J. W. Smith, professor and Chairman of the Department of Chemical Engineering and Applied Chemistry for the University of Toronto to be a technical consultant, and to asist with developing appropriate manufacturing and quality protocols.
In 2003, Interwood launched Didi Seven Ultra with an improved formula, and more convenient packaging. It still has some retail distribution in Canada and the US and is available on Interwoods website.
Didi Seven continues to be sold by Interwood. The niche stain remover market has gone through an intensive period of aggressive competition and Interwood is developing strategies to relaunch Didi Seven in the market in 2007. 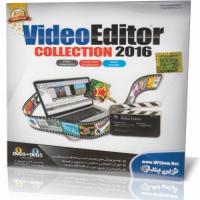 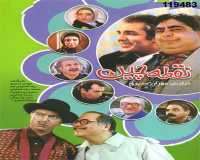 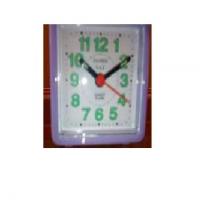 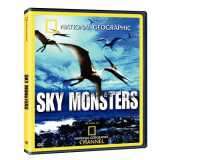 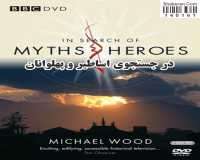 BBC In Search of Myths and Heroes

© 2015 , All rights reserved , Add To Favourites , Supported by Abarkam™ Technology